The digital terrain model is based on the aerial photos that were acquired during the campaign. The IMU data from the campaign and ground control positions from the field were used to fix the model in space. The aerotriangulation and gridding was done by Kampsax. The final products are high-resolution digital terrain models and orthophotos which can be used directly in geographical analyses. 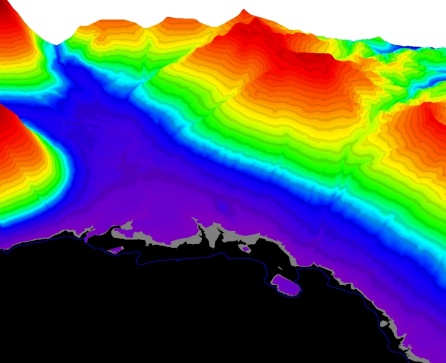 Digital Terrain Model of the Zackenberg Valley (click for high resolution). The colouring near the coastline on these images is due to the stretching of the LUT. The actual coastline is therefore draped in blue.

The 2 m model has been used to extract two sets of contours: a contour set with 10 m equidistance and a set with 25 m equidistance. The coastline is also extracted as a separate layer and all contours are supplied in ArcView shapefile format.

The orthophotos are available in two formats: 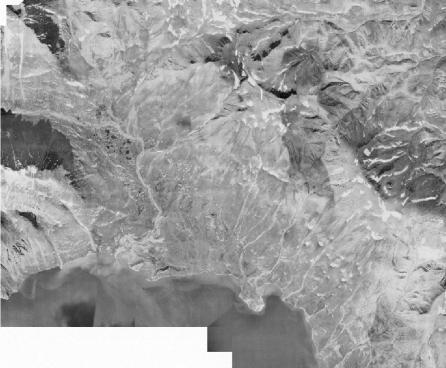 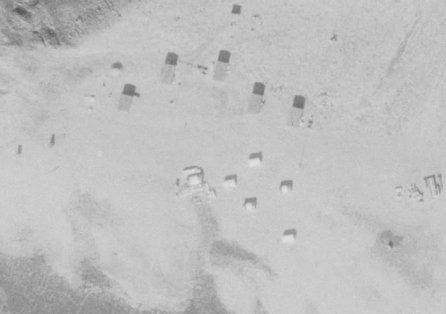 The ECW model requires a special add-on to GIS and imaging software. The add-on for a wide range of software can be found here.